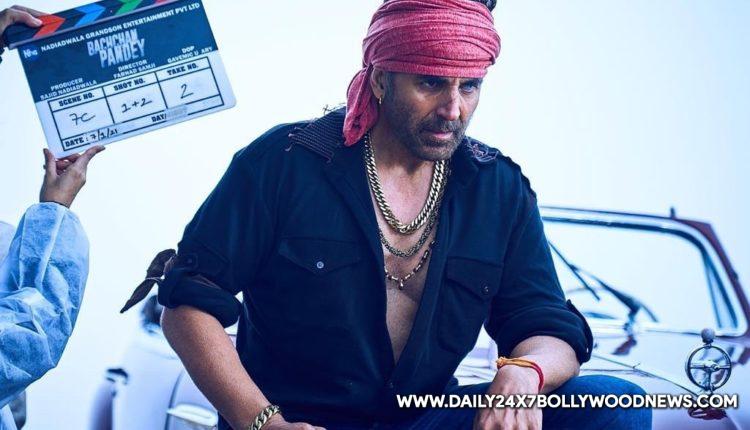 Mumbai : Akshay Kumar gets rustic and rugged in his upcoming film Bachchan Pandey, going by his look in the film that the Bollywood superstar unveiled on Thursday.Akshay posted a still on Twitter and Instagram, sharing his look as the central character of the film.”New year, old associations…begun shooting for #BachchanPandey, my 10th film with #SajidNadiadwala, and hopefully many more. Need your best wishes and do tell me your thoughts on the look,” he wrote as caption.In the photograph, Akshay is seen sitting on the hood of a car in a black kurta and jeans, with a red scarf wrapped around his forehead. He wears heavy metal chains, and strikes an intense look.Akshay along with actresses Kriti Sanon and Jacqueline Fernandez started shooting for the film in Jaisalmer on Wednesday. Shoot will continue till March. The team is expected to shoot at places like the Gadisar Lake and Jaisalkot.In the Farhad Samji directorial, Akshay plays a gangster who aspires to be an actor, while Kriti plays a journalist who wishes to be a director. The film also stars Arshad Warsi, who plays the role of Akshay’s friend.