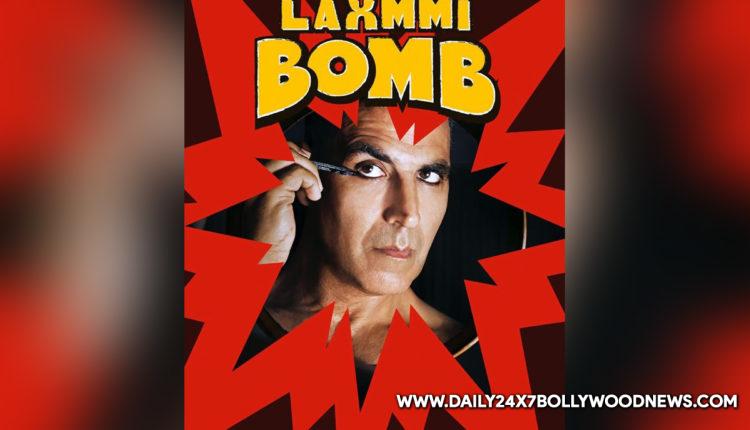 Mumbai : The Akshay Kumar-starrer Laxmmi Bomb has been confirmed for release in Australia, New Zealand and UAE on November 9.Cast member Tusshar Kapoor took to Instagram and shared the poster of the film. “This Diwali, #LaxmmiBomb to release on 9th November in Australia, New Zealand and UAE,” he wrote.He added: “Laxmmi Bomb is premiering in India on @disneyplushotstarvip and on Hotstar in USA, UK and Canada on 9th November.”The film is a remake of Tamil blockbuster “Muni 2: Kanchana”. Raghava Lawrence, who had helmed the original, also directs the Bollywood remake, co-starring Kiara Advani, Tusshar Kapoor, Sharad Kelkar, and Ashwini Kalsekar.Back in June, Akshay had shared for the first time that the film would go for an OTT release, amid the growing Covid-19 crisis. It is slated to premiere on Disney+ Hotstar.Akshay essays a transgender in the film, and he says pulling off the role was challenging. “In 30 years, this is the most mentally intensive role. Never experienced it before. Credit for it goes to Lawrence sir. He introduced me to a version of me which I didn’t know existed. It was different from my other characters. Iska bolna, chalna action reaction maine kabhi portray nahi kiya,” The actor had said at a virtual press conference, adding that “Laxmmi Bomb” has made him “more sensitive about gender equality”.

Shraddha Kapoor as Nagin gets mixed response from netizens