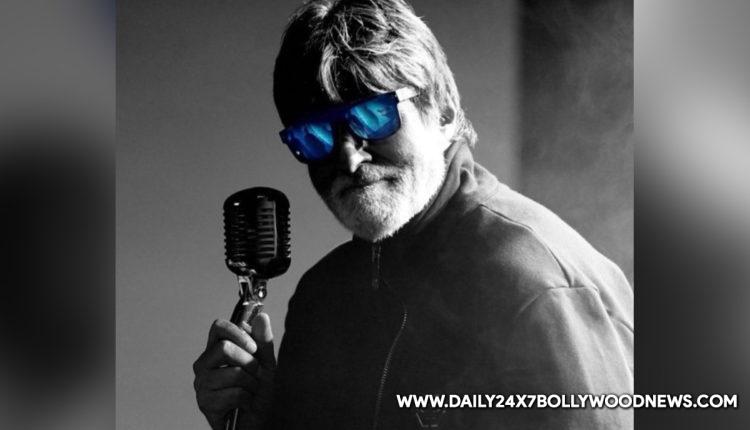 Mumbai : Amitabh Bachchan on Wednesday took to social media to capture the moment when he failed to ace the rock head banger look.After sharing a throwback picture when he failed to replicate late king of pop Michael Jackson in a film, Big B used Instagram to share a more recent image, where he is seen in a rockstar look.”So having failed the MJ routine .. they asked me to – in more recent times – attempt this , the Rock head banger .. Same result !! Nothing other than the shades rocked .. Do approve please,” he wrote with the image.In the monochromatic mage, Big B poses with a mic, flaunting a pair of cool shades.On Tuesday, the Bollywood icon had posted a picture on Instagram taken on the set of Manmohan Desai’s 1988 film “Gangaa Jamunaa Saraswathi”, and shared trivia about the old film.”When Manmohan Desai thought that I could replicate MJ in our film Gangaa Jamunaa Saraswathi. What a failure I was,” Big B captioned the post.In the film still, Big B is seen wearing a black leather jacket and leather pants, much in sync with Michael Jackson’s signature style which was all about jacket, matching studded pants, a sequined shirt and matching gloves.On the work front, Big B will soon be seen with Emraan Hashmi in “Chehre”, and in Nagraj Manjule’s “Jhund”. In Ayan Mukerji’s “Brahmastra” he shares screen space with Ranbir Kapoor, Alia Bhatt, Nagarjuna and Mouni Roy.

Ranbir-Alia in Ranthambore for New Year amid engagement rumours