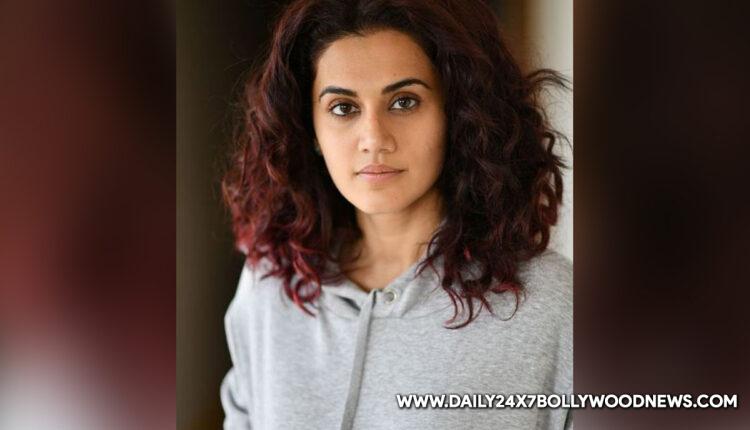 Mumbai : Actress Taapsee Pannu on Saturday confessed that she thoroughly detests dubbing.Taapsee shared a post on Instagram tagging sound designer Dhiman Karmakar and opened up on her experience of dubbing for her upcoming film “Dobaaraa”.”My #DobaaraaSeries. Coz some collaborations deserve to be repeated. Be it the chaotic and noisy lanes in Manmarziyaan or the deafening silence of Scotland in Badla, by now he surely knows that if there is one aspect of my job I thoroughly detest is dubbing. It’s almost a ritual now that I tell @dhiman.karmakar make me wear how many ever mics but don’t make me perform the scene in 4 walls of a tiny dubbing room #Dobaaraa. P.S- with maximum talking n minimum dubbing in Manmarziyaan n Badla I am looking forward to NO DUBBING in this one. No pressure @dhiman.karmakar,” she wrote.The actress has recently started shooting for “Dobaara”, a new age thriller film directed by Anurag Kashyap. The film reunites Taapsee with Kashyap, who previously directed her in the 2018 film “Manmarziyaan”.”Dobara” is produced by Shobha Kapoor, Ekta Kapoor, Sunir Kheterpal and Gaurav Bose.

The Girl On The Train: Derailed drama