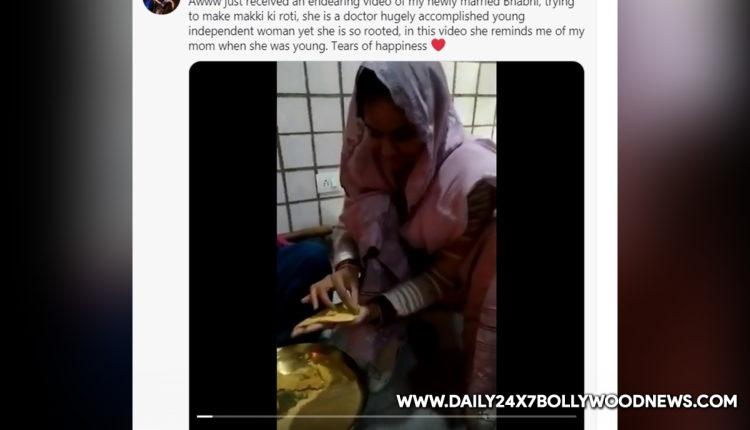 Mumbai : Kangana Ranaut’s brother Aksht got married recently, and the actress says her new sister-in-law Ritu’s simple ways remind her of her mother.Kangana tweeted a video of her sister-in-law preparing makki ki roti, and wrote: “Awww just received an endearing video of my newly married Bhabhi, trying to make makki ki roti, she is a doctor hugely accomplished young independent woman yet she is so rooted, in this video she reminds me of my mom when she was young. Tears of happiness.”On the work front, Kangana is currently busy with her upcoming action film “Dhakaad”.”Action rehearsals for #Dhakaad going on whole day in Manali, as I swiftly leave the political world of Jaya Maa behind, kick n punch in to the world of Agent Agni, breaking bones and pulling out eye balls, probably my most favourite things to do, LOVE,” said the actress, who also has Thalaivi, a film based on the late Tamil Nadu Chief Minister J. Jayalalithaa.

Jennifer Lopez to star in film adaptation of ‘The Cipher’