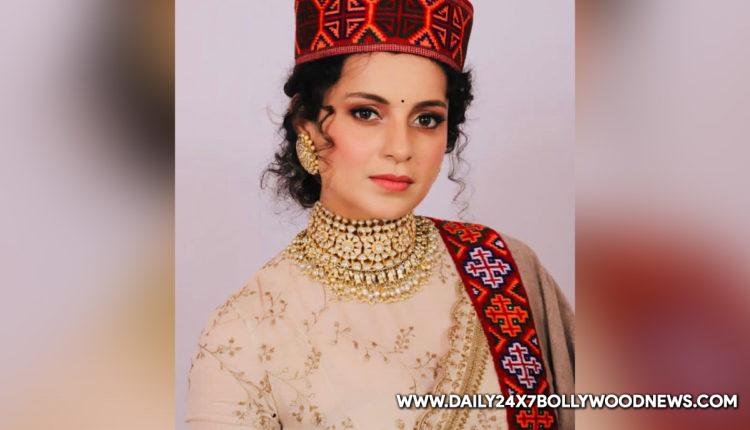 Mumbai : Bollywood actress Kangana Ranaut on Friday revealed that she is back in hometown Manali, where she is busy with action rehearsals for her upcoming film Dhaakad.Kangana took to her verified Twitter account to talk about her character in the film and also shared on a lighter note that she enjoys breaking bones and pulling out eyeballs, keeping with her action-packed avatar in the forthcoming film.”Action rehearsals for #Dhakaad going on whole day in Manali, as I swiftly leave the political world of Jaya Maa behind, kick n punch in to the world of Agent Agni, breaking bones and pulling out eye balls, probably my most favourite things to do, LOVE,” Kangana tweeted.Only last week, Kangana wrapped up shooting for Thalaivi, biopic on the late Tamil Nadu Chief Minister J. Jayalalithaa.Kangana’s upcoming roster includes Tejas, regarding which the actress had a meeting with Defence Minister Rajnath Singh on Sunday.

Singer Benny Dayal on how Bruno Mars inspires his music