Akshay Kumar, Vaani Kapoor to shoot in London for ‘Bell Bottom’ after Glasgow 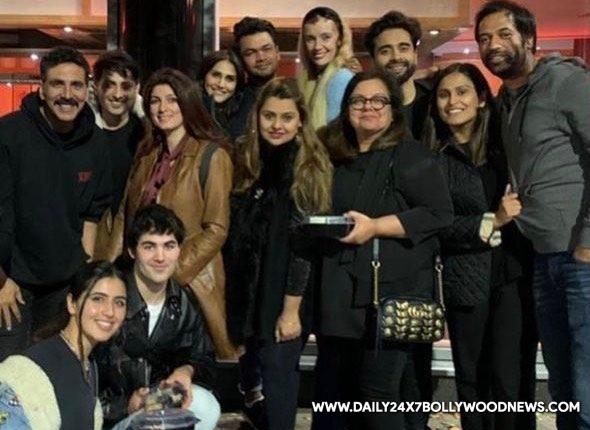 London : Akshay Kumar and Vaani Kapoor have finished their Glasgow schedule for the upcoming film, Bell Bottom. They are now set to shoot in London.Akshay posted an Instagram picture featuring his wife Twinkle Khanna and son Aarav, who are currently with him in the UK, along with the cast and crew of the film.”So many happy faces in one frame…that’s the result of a good schedule. Goodbye Glasgow, hello London #[email protected]_vaanikapoor_ @ranjitmtewari @jackkybhagnani @deepshikhadeshmukh @pooja_ent @emmayentertainment @[email protected] @[email protected],” he wrote in the caption.”Bell Bottom” is a spy thriller film directed by Ranjit M. Tewari, set in the 1980s. It also stars Lara Dutta and Huma Qureshi and is slated for an April 2021 release.