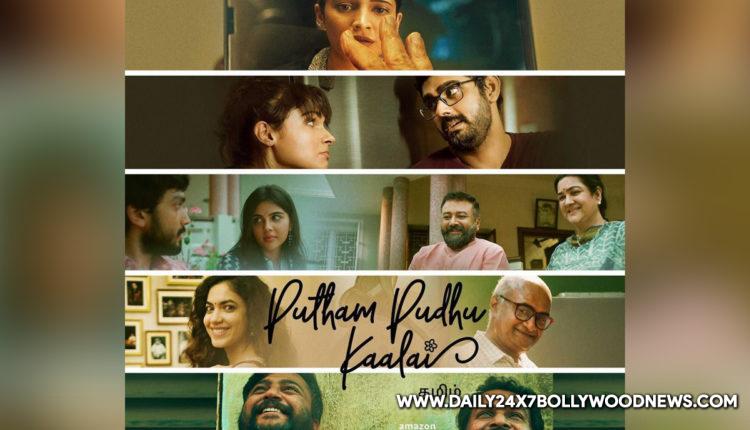 Mumbai : Tamil superstar Suriya used social media to launch the title track music video of the upcoming film, Putham Pudhu Kaalai. He tweeted a poster image of the Tamil film, an anthology of five short films.The film’s music album was launched on Thursday, and Suriya shared an appreciation note for award-winning music director GV Prakash, who has composed the title track.”@gvprakash you always compete with contemporary content & deliver every time with utmost dedication #PuthamPudhuKaalai title track is full of energy & hope,” he wrote while sharing a link of the song.The film’s music album includes five tracks. While there are five individual stories told in “Putham Pudhu Kaalai”, the title track complements all the stories.The anthology marks the union of directors from the Tamil industry including Suhasini Mani Ratnam, Sudha Kongara, Gautham Vasudev Menon, Rajiv Menon and Karthik Subbaraj. It will premiere on Amazon Prime Video on October 16.

Bigg Boss 14: Pavitra Punia, Nikki Tamboli get into a catfight