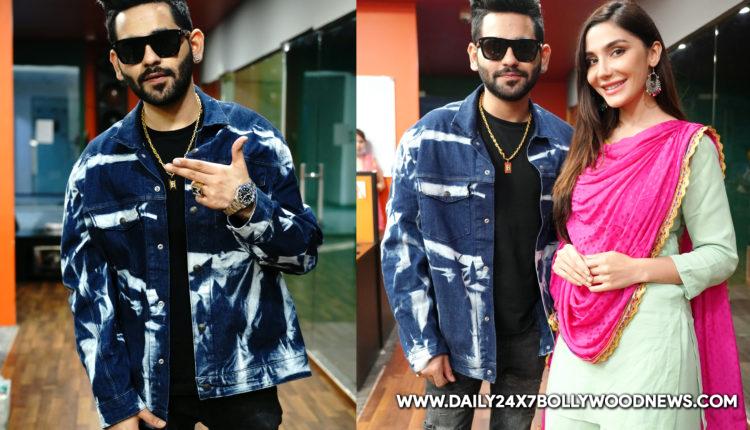 Chandigarh : Rehaan Records, the name synonym to the success has been providing platform to many new talents. Adding other name to the list, they recently released track ‘ThaaKarke’ by singer B Mohit who has already given hit songs likeMillions Mashup and Mirror,he is back with another beat number ‘ThaaKarke’. The song has alreadybeen released on Rehaan Records’ YouTube channel.D Soldierz has written the lyrics of the song, along with the music of the song. The Rap in the song is done by Punjabi song machine Karan Aujla who has also featured in the video along with Actress and Model Swaalina.The video of the song has been directed by Rupan Bal. This beat number has released under the official music label ofRehaan Records. The entire project has been produced by Sandeep Rehaan from Rehaan Records.Sharing his experience, B Mohit said, “I am a firm believer in hard work and being true to your audiences. I want to bring them what they love to hear and this song surely falls in that category. I will keep entertaining my fans whose support keep pushing me to do better and better.”Director of the song,Rupan Bal said, “To direct such a peppy number, you need to give your brain some work. This track has wonderful lyrics and B Mohit’s voice will suit the video of the song as well. It’s like perfect matrimony.”Producer of the project from Sandeep Rehaan from Rehaan Records said, “At Rehaan Records, we wish to promote new forms of music and artists and that’s why we go all out with our music. There’s no better way to be futuristic than collaborating with the artists of the future.”‘ThaaKarke’has already been released on the official YouTube label of Rehaan Records On 28th August 2020.