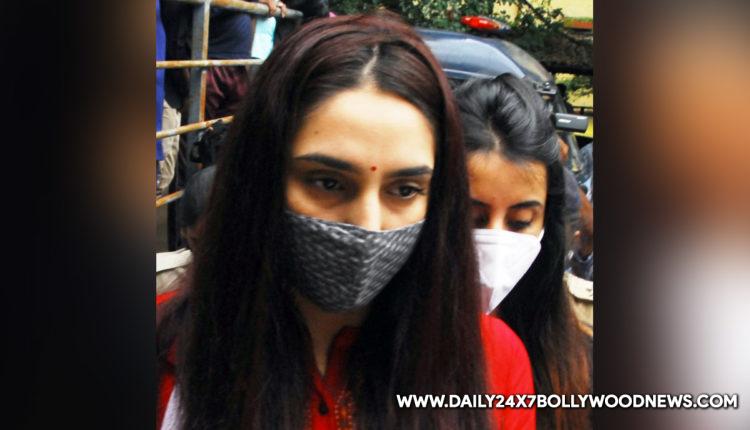 Bengaluru : The special NDPS court in Bengaluru has granted the Enforcement Directorate (ED) five days custody of the Kannada film stars — Ragini Dwivedi and Sanjjanaa Galrani — along with other accused who have been arrested in a drug related case.The ED in its petition stated that the accused persons have to be interrogated for their alleged involvement in a money laundering case pertaining to the drug racket in the Kannada film industry.The infamous drugs case is popularly known as Sandalwood drugs case, in which high profile party organisers, foreign nationals as well as film stars have been booked.Noted actresses Ragini and Sanjjanaa have been in judicial custody for the last two weeks.The ED in its petition demanded that it wants to interrogate Ragini, Sanjjanaa, party organisers — Viren Khanna and Rahul Tonshe — besides second division clerk in Regional Transport Office (RTO) and Ragini’s close friend Ravi Shankar.The ED contended that the nature of this case is such that the prima facie charges booked against these accused persons could also attract several sections of the Prevention of Money Laundering Act.The ED also added that they had been probing the case since September 9 hence they needed to interrogate accused persons in this connection.Hearing the petition, the special court granted a five-day custody of the accused to the ED.