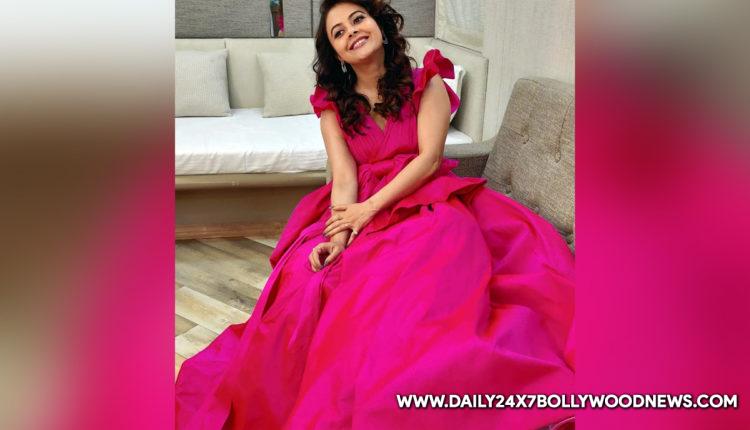 New Delhi : Television actress Devoleena Bhattacharjee is all set to enter Bigg Boss 14 as a proxy to contestant Eijaz Khan, who had to make a temporary exit from the show. She says she has no strategy or a gameplan to deal with housemates during her stay.”Honestly, I never planned anything or made strategy earlier, too, when I entered the house last year as a contestant. So, this time also I don’t think so, because once you enter the house you have to observe everyone there. They have been staying for more than 100 days. I have to observe them, see their dynamics and accordingly react,” Devoleena, who was a contestant in season 13, told IANS.She added: “Even if I am going as a proxy for Eijaz, we are different people and we have different likings. Keeping in mind all about his game, besides friends and enemies in the house, I will put forward my opinions as well. I will try to make the game more interesting.”Eijaz had his friends and foes in the show. Contestant Rubina Dilaik, for one, has never been in his good books. Would Devoleena keep Eijaz’s likes and dislikes in mind while being in the show?”In that case there is going to be a little difficulty because everyone knows that I like Rubina. I like Rubina as a player. She is playing well. It is not about an individual’s personality, or how the person is in the outside world. The way she is playing inside the house is good. Once I go inside the house, I will understand the dynamics in the house. (I will try to understand) What Eijaz has in his mind and what he did not like,” she said.”I can try my best to make Eijaz’s game better than what he has done. I will try to make it far better and interesting. The only thing about Eijaz I have seen is his fights and aggression. So, I will try to bring something like a fun element or entertainment, and try making his journey a little better,” Devoleena said.As audience, does Devoleena feel the ongoing 14th season, hosted by superstar Salman Khan, is interesting enough?”Honestly, somewhere even I felt in the middle episodes what could be next after this? When the challengers entered I felt the game would become more interesting,” she said.The actress finds challenger Rakhi Sawant very interesting. “I feel whatever Rakhi does is entertaining. I felt that entertainment was lacking (before her entry) and Rakhi is fulfilling it. Initially Rahul (Vaidya) and Rubina were superb. Rubina is still doing good,”Devoleena said.