No two actors experiences can be similar : Rasika Dugal 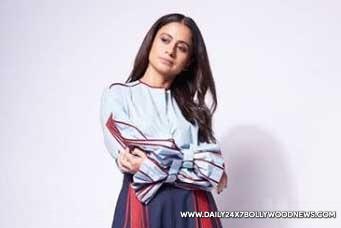 New Delhi : Actress Rasika Dugal feels the careers of no two actors is ever the same, and no actor can have the same experience as others in the profession.Rasika made her Bollywood debut in Bollywood in 2008 with “Tahaan”. She was then seen in projects like “Tu Hai Mera Sunday” and “Hamid”. She was also seen in OTT series as “Mirzapur” and “Delhi Crime”, and the digitally-released film “Lootcase”.Rasika says she doubts herself almost “everyday”.”I just think that because I have had many years of experience I know how to possibly manage my self doubt around certain things a little better than others, but as the years go by your career changes. There are new challenges everyday and the difficult thing and interesting thing about this career is that there is no one way to do it,” Rasika told IANS.”Your career cannot be a mirror image of somebody else’s. No actor’s experiences can be similar to the others,” she pointed out.”There is no benchmark, So, every actor’s journey is unique and it throws unique challenges at you. So, self doubt is always around,” she said.

Bejoy Nambiar on the casting challenge about his new project ‘Taish’

Why Ranveer Singh-starrer ’83’ will only release in theatres